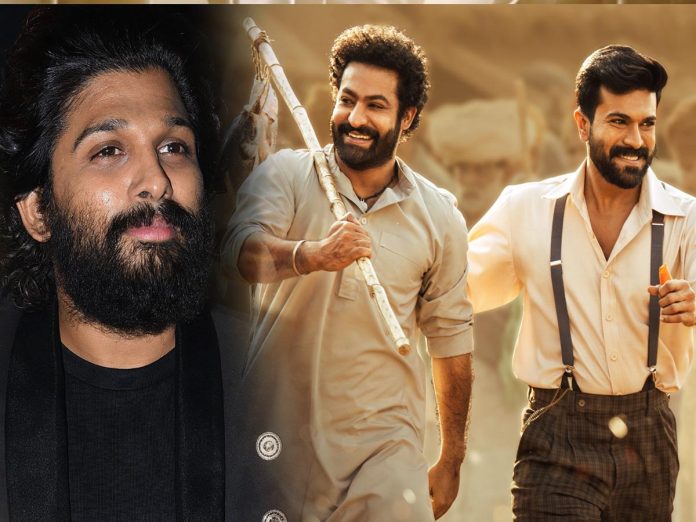 Praises have been consistently showering for RRR movie from all corners of the world. Especially, South Cinema has been especially praising Rajamouli, Ram Charan, and Rama Rao for their brilliant efforts.

Mr Allu Arjun congratulated the trio and the entire cast and crew of India’s biggest multistarrer. The Pushpa actor didn’t miss anyone acknowledging their part in the spectacular RRR starting from Rajamouli to DOP Senthil Kumar.

RRR has been conquering the box office mercilessly and it collected over 200cr worldwide on its opening day.