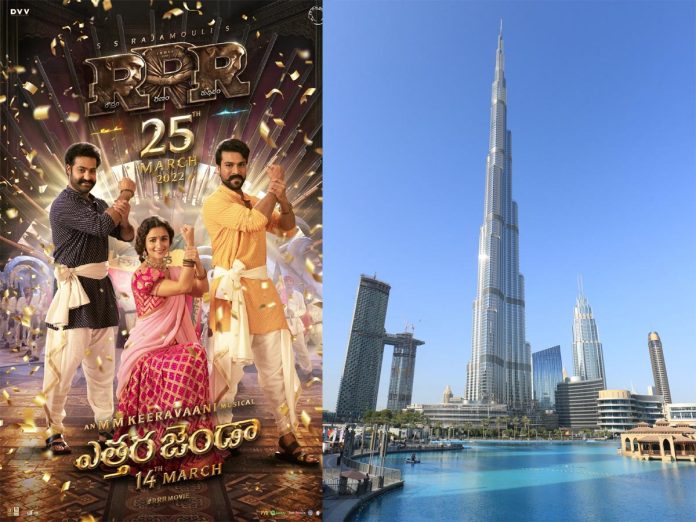 The cast of India’s biggest multistarrer RRR will make their appearance at Dubai Expo 2022. Maverick director Rajamouli, NTR, Ram Charan, and Alia Bhatt will be present at the Jubilee Park on 18th March at 16:30-17:30 PM.

Before the event, the RRR team will interact with the Dubai media and is said to be followed by attending an event at Burj Khalifa. Later, the team will immediately return to India and attend the pre-release event at Chikkaballapura, Karnataka.

And the team is also planning a massive pre-release event in Telangana. RRR storm hits the box office on 25th March 2022.