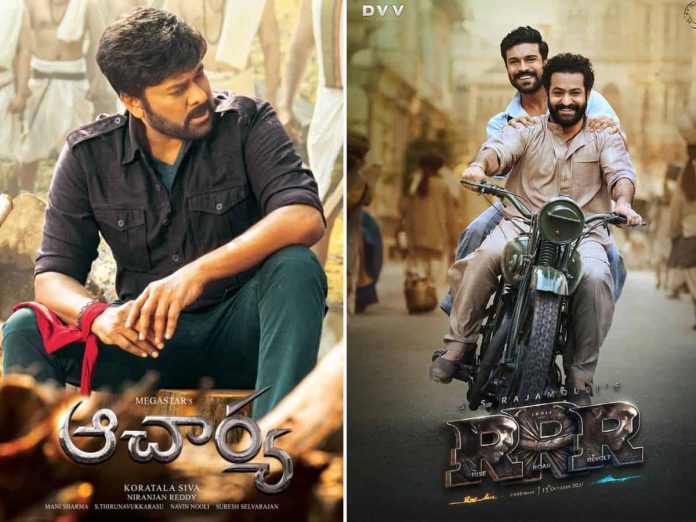 It has been a newsy date in Tollywood, with key announcements being made one after another.
‘Roudram Ranam Rudhiram’ will hit the cinemas on March 25. As a consequence, ‘Acharya’ has voluntarily chosen to defer its release date.

The Chiranjeevi-Ram Charan film will hit the cinemas on April 29.

The decision was arrived at in a conciliatory and friendly manner. ‘Acharya’ has been postponed from April 1 to let ‘RRR’ have a hassle-free, uncluttered run at the box office.
The decision has been welcomed by fans of both movies.