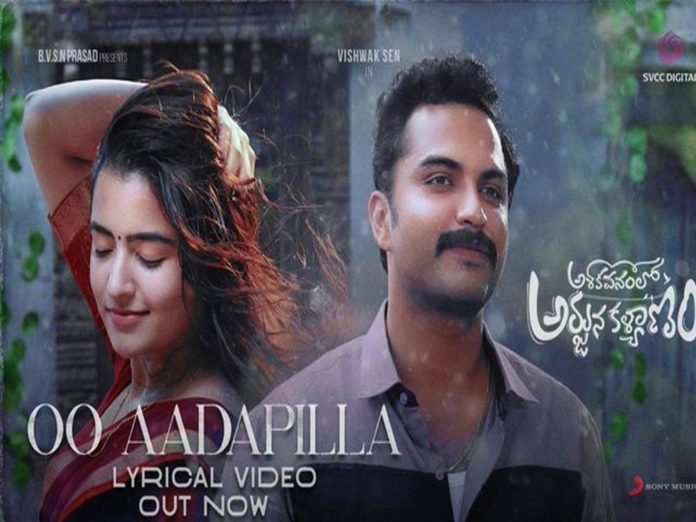 ‘Ashoka Vanamlo Arjuna Kalyanam’, starring Vishwak Sen and Rukshar Dhillon, is a rom-com. The film’s release date is not yet official.

A couple of days after a video introducing Madhavi Pasupaleti (Rukshar’s name in the movie) was released, a song titled ‘Oo Aadapilla’ was unveiled on Wednesday. Sung by Ram Miriyala, it has lyrics by Ananta Sriram. At about five minutes, it has been composed by Jay Krish.

Vidya Sagar Chinta has wielded the megaphone. Produced by Bapineedu B and Sudheer Edara, the film is expected to hit the cinemas in February.