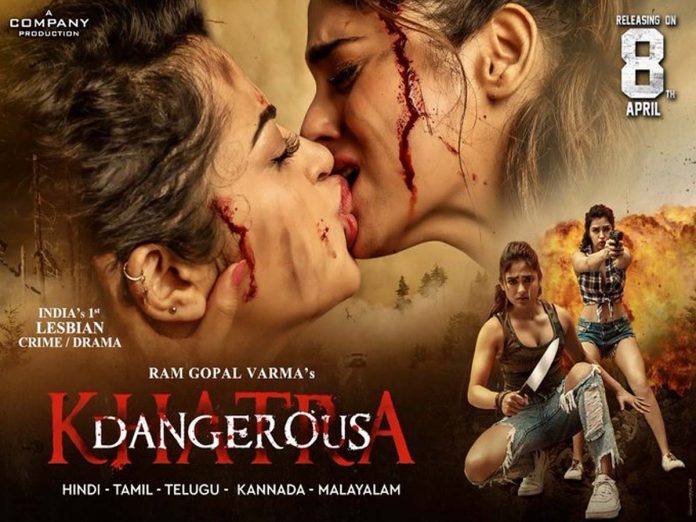 Ram Gopal Varma who always wanted to be in the news has been making films nowadays either for the controversy or making controversy into film. When any issue has become trending across the nation, RGV will immediately announce a movie about it.

The films like Nayeem, Lakshmi’s NTR etc., were the best examples. Now, he has been trying to encash on LGBT community. He made a lesbian content film Maa Ishtam with Naina Ganguly and Apsara Rani.  This film is actually scheduled to release tomorrow.

But none of the multiplex chains showed any iota of interest to screen ‘Maa Ishtam’ which was a Lesbian story. Due to this, RGV announced its postponement. Besides, the court gave a stay on ‘Maa Istam- Dangerous’ based on the petition filed by producer Natti Kumar as RGV had to pay him over 5cr.

He requested the court to give a stay on the release of the movie until and unless RGV pays the due amount.