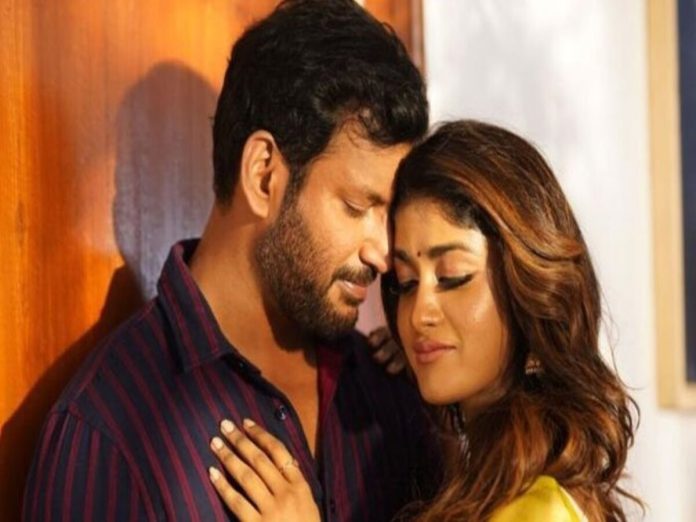 ‘Saamanyudu’ is the dubbed version of the Tamil-language movie ‘Veerame Vaagai Soodum’. The two films were released today in theatres simultaneously. Here is our review.

Story:
Porus (Vishal), a commoner who hails from a constable’s family, loses his sister Dwaraka (Raveena Ravi) to a goon’s cruelty. He also encounters two other villains in his journey to find out the truth about his sister’s murder. How Porus rises to the occasion and avenges his grief is what the film is about.

Performances:
After a film like ‘Enemy’, Vishal should have come out with a solid entertainer or action thriller. Revenge drama needs proper emotional heft. This film doesn’t have it and the lack of strength shows itself in the performances, including those of Vishal and Dimple Hayathi, the heroine.

Also featuring the likes of Baburaj, Marimuthu (as the hero’s father) and Elango Kumaravel, the film has watchable performances from Raveena Ravi, Tulasi and comedian Yogi Babu. Don’t expect the comedy to be enjoyable.

Technical Departments:
The technical aspects scratch the surface. Yuvan Shankar Raja’s music and Kavin Raj’s cinematography are pedestrian. They may not be bad, but they don’t enhance the viewing experience in any manner.

Had the fights been lavish and the choreography been impressive, we would at least have forgiven the formulaic proceedings.

Analysis:
For all the fairly good premise, this Thu Pa Saravanan directorial is cliche-ridden. The sister-brother element is introduced and soon enough, we know where the story is headed. The elements of spoilt college students, using a secret camera to blackmail and harassment in the name of love are all shown to draw into the story. But they end up doing the opposite.

The romantic track between Porus and Mythili is so underwhelming that we start demanding that Vishal get enthu about marrying Mythili since the latter is unable to control her enthu. A romantic track should make us root for the lovers and indulge their antics. It shouldn’t make us want to see that the track lasts at the earliest.

The action sequences are uncreative. The staging is eminently mediocre, with no imagination in the way the dishum-dishum happens.

At just 15 minutes less than 3 hours, ‘Saamanyudu’ is ‘Asamaanyudu’ when it comes to run-time.

Bottomline:
‘Saamanyudu’ can be given a miss! It’s full of routine elements and uninteresting situations.