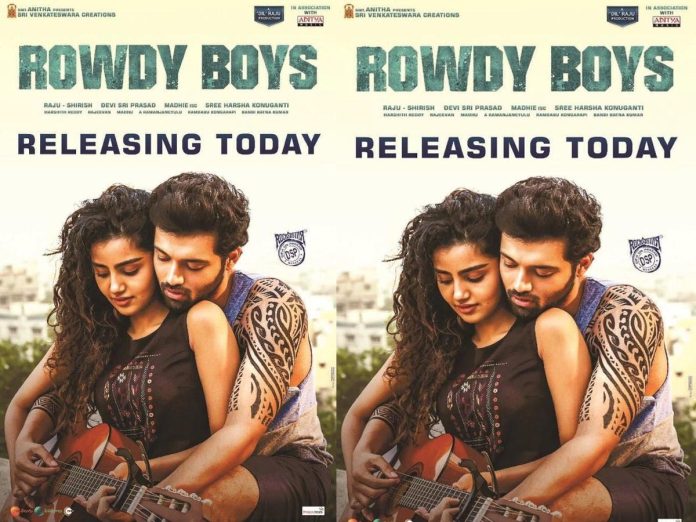 Story:
Akshay (debutant Ashish) is an Engineering fresher who woos Kavya (Anupama Parameswaran), a senior Medical college student. This is not to the liking of Vikram (Vikram Sahidev), a temperamental medico who hates Engineering college students. He is also in love with Kavya, his classmate. The rivalry takes a violent turn. When things threaten to get out of hand, Akshay and Kavya take a major decision that can alter their lives. What is the decision? What are its consequences? Find out in the movie.

Performances:
Newcomer Ashish is tall and lanky. He is confident and makes a sincere attempt at looking like a reckless college-goer. His chemistry with Anupama Parameswaran, who is a senior actress relatively, is an asset. The ‘Premam’ actress, who badly needed a memorable character, proves her mettle in the more meaty parts of the story.

Sahidev Vikram of ‘Na Peru Surya’ fame failed to make a mark with films like ‘Golisoda’. Here, he is incisive, delivering impact with his eyes. Karthik Rathnam, who was seen recently in ‘Narappa’, is adequate. Tej Kurapati of ‘Hushaaru’ fame and Komalee Prasad of ‘Napolean’ and ‘Anukunnadi Okkati Ayyindhi Okati’ fame are okayish. Jayaprakash plays the heroine’s father, while Srikanth Iyengar plays the hero’s father.

Technical Departments:
‘Nuvve Na Dhairyam’ is a vintage Devi Sri Prasad song, bringing back the memories of his 2000s songs. ‘Preme Aakasamaithe’ and ‘Ye Zindagi’ are good as well, but ‘Date Night’ is too typical.

Madhie of ‘Saaho’ fame shows sharpness in terms of how his frames play out. The production design by Rajeevan is a plus. Art Direction by A Ramanjaneyulu is impressive for the indoor scenes.

Analysis:
Director Harsha Konuganti has made a genuine but not consistently engaging college campus love story. Producer Dil Raju seeks to bring back the genre to Telugu cinema because it has been years since the genre has been given a raw deal by the film fraternity. Since the director has hands-on experience of handling a carefree, unapologetic youthful subject (He debuted in 2019 with ‘Hushaaru’), all bets were on.

The result is mixed. The first half gives several highs. The love track is not great but the initial episodes are reasonably good. As the plot thickens, the narration goes for lazy ideas. The second half crams in many songs, which needed better staging.
Had the humour been strong, the film would have made the cut. There are many predictable elements as the story progresses. The climax is template-driven.

Bottomline:
‘Rowdy Boys’ is a watchable youthful romance. Go for it if you like musical films that are centred on the emotions of blooming love.