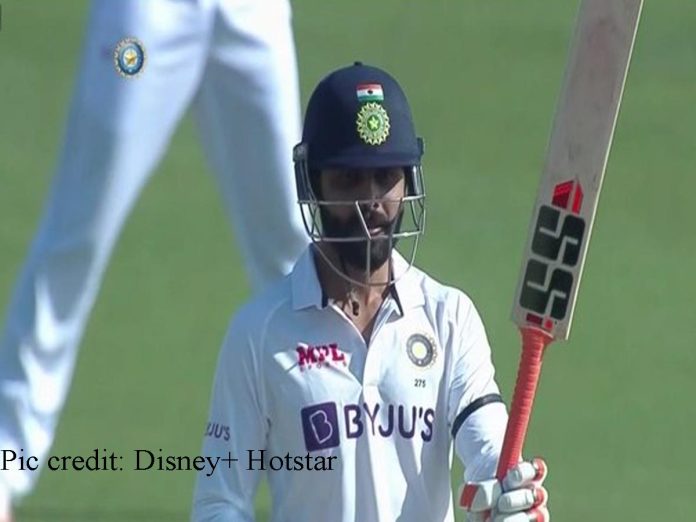 Indian all rounder Ravindra Jadeja who has been missed out the South Africa Test series has back with a bang with the first Test match against Sri Lanka. Jadeja scored a brilliant century.

Before leaving for the lunch, he is unbeaten with 104 runs in 168 balls. Yesterday, Jadeja played a significant role in building the innings with Pant(96). Later, he put the team on commendable position with a valuable 100 run partnership with Ashwin. After making 61 runs, Ashwin was departed.

Later, Ravindra Jadeja completed century. It was his second century. Since 2016, he was in brilliant form and he was the most reliable batsman at 7th position for any time in the world. As quoted by Sports Analyst, CricCrazy Johns, Ravindra Jadeja scored 16 half centuries and two hundreds from 2016.

After the century, Jadeja has celebrated it with his trademark sword celebration. On the other hand, Siraj emulated it with a bottle in hand.