Ravi Teja’s RamaRao On Duty gets a new release date! 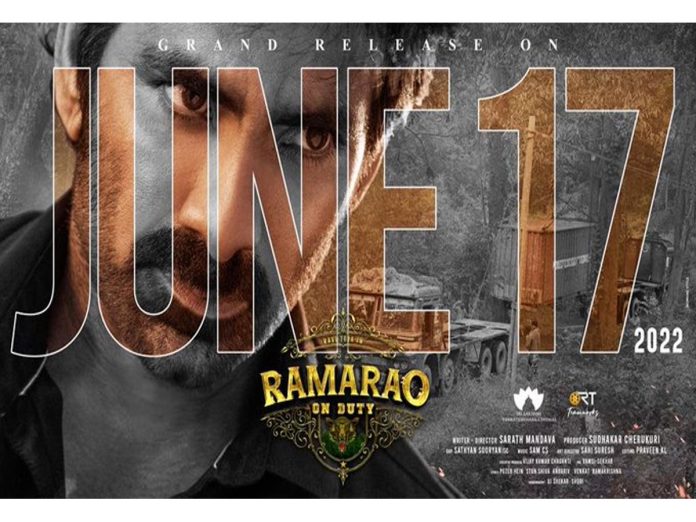 Mass Maharaja Ravi Teja and debutant Sarath Mandava’s action thriller RamaRao On Duty gets a new release date. This film has been postponed several times. Actually, this film has to clash with KGF Chapter 2 on 14th April 2022.

To avoid a clash with KGF 2 and Beast, RamaRao On Duty release date is postponed again to 17th June 2022. The shooting of the film is almost completed except for patch work. On the other hand, the post production work of the movie has also started.