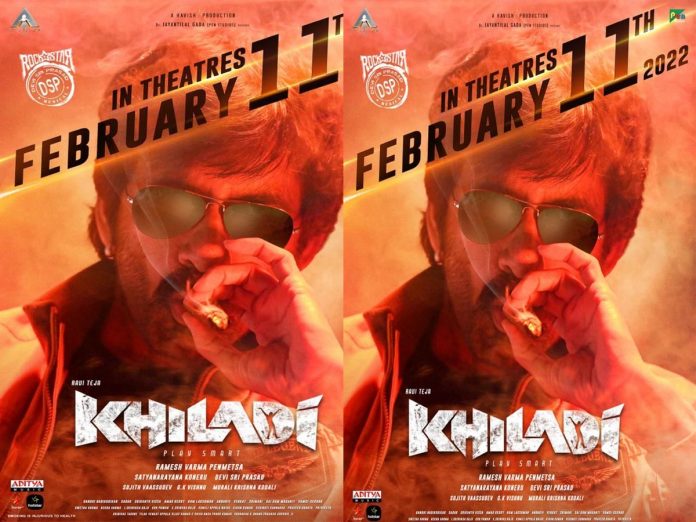 After rocking the box office as Krack, Mass Maharaja Ravi Teja is coming this time as Khiladi to loot the box office. It is known that Khiladi is slated for the grand release on 11th February 2022.

So far, four songs have been released and all these songs have become chartbusters. Two weeks before the release of Khiladi, its non-theatrical and theatrical rights were sold like hot cake.
It is the career highest for the Mass Maharaja.

In Khiladi, Ravi Teja will be seen in a double role.