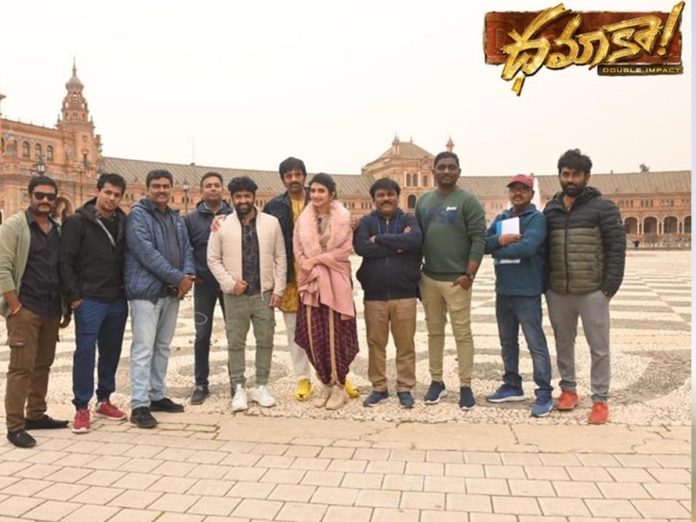 In this schedule, the director Trinath Rao Nakkina will complete the shoot of songs. At Present, a romantic song is filming on Ravi Teja and Sree Leela at the historic place ‘La Plaza de España’ in Seville. Earlier, Akhil’s debut movie and Varun Tej’s Mister were shot here.