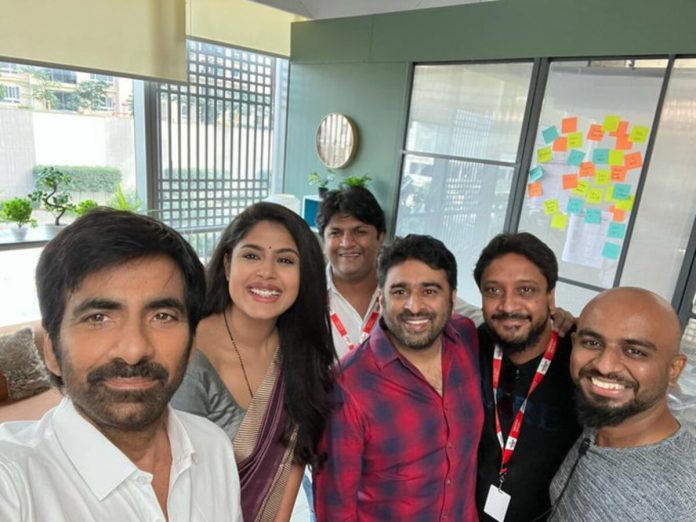 Mass Maharaja Ravi Teja has joined the shooting of Ravanasura, Today after concluding the entire shoot of Khiladi. In this second schedule, the director Sudheer Varma will shoot some key scenes on the lead cast which includes Ravi Teja and Fariah Abdullah.

In Ravanasura, Ravi Teja portrays the role of a lawyer for the first time in his career. Recently, the director completed the first schedule with Sushanth. The writer of Ravanasura, Srikanth Vissa has been confident that the performance of Ravi Teja will dominate each craft in the movie.

Ravanasura is scheduled for the grand release on 30th September 2022.