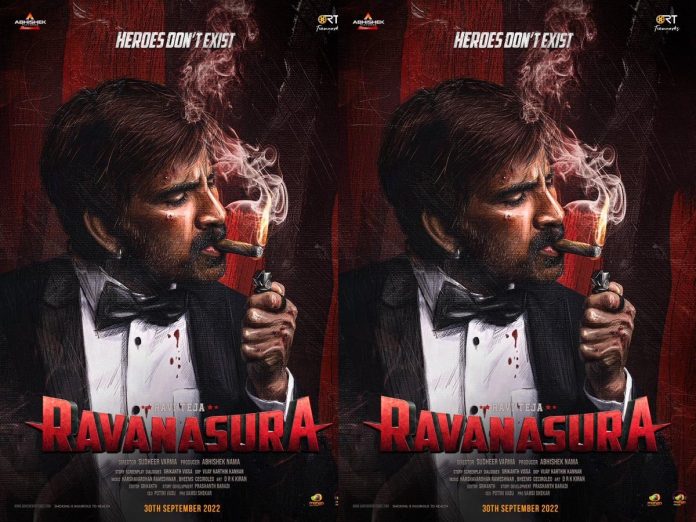 The shooting of Mass Maharaja Ravi Teja’s Ravanasura shoot has begun in Hyderabad. The director Sudheer Varma is canning crucial scenes in the night on the principal cast at present in a set.

Ravanasura is confirmed for the grand release on 30th September 2022. Recently, Ravi Teja completed the shooting of Khiladi. He will be seen in a double role, Dimple Hayati and Meenakshi Chaudhary are the female leads.

Khiladi is gearing up for the grand release on 11th February 2022. This year, Ravi Teja has more than two releases.