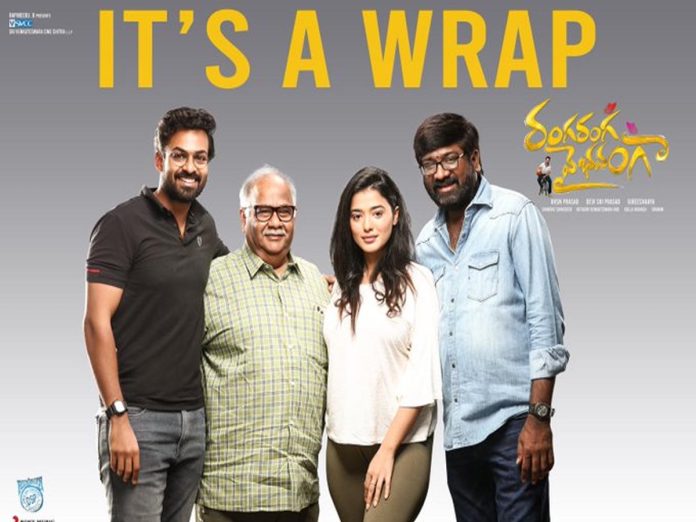 Mega Hero Vaishnav Tej has impressed not only fans but also all movie lovers with his screen presence and good acting skills in movies Uppena and Konda Polam. His third film ‘Ranga Rana Vaibhavamga’ is in total contrast from his last two films.

This film is said to be a youthful romantic family entertainer. According to the latest reports, the entire shooting of Ranga Ranga Vaibhavamga is concluded. The post production of the movie has also started. The team confirmed that they will reveal the release date of the movie soon.

Recently released teaser and song got a good response from the audience and fans. For Ranga Ranga.., the music of DSP is said to be the major highlight. This film is produced by BVSN Prasad of Attarentiki Daredhi, directed by debutant Gireeshaaya.