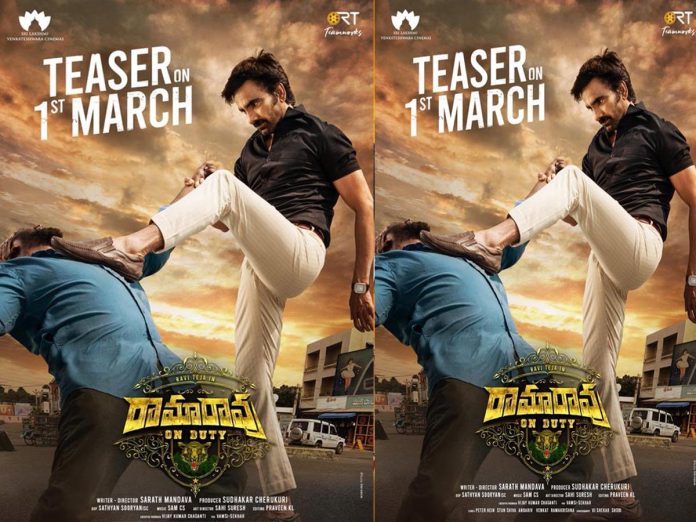 Mass Maharaja Ravi Teja has more than three releases this year. Already, Khiladi was released. Rama Rao On Duty, Ravanasura, and Dhamaka were in line. The next release is Rama Rao On Duty. The teaser of this film will be released on 1st March, the eve of Mahashivaratri.

The team has confirmed this exciting news for Ravi Teja fans through a mass poster of Mass Maharaja punching down the baddie by the leg. The important portions of Rama Rao On Duty is completed.

Rama Rao On Duty is scheduled for the grand release on 15th April 2022.