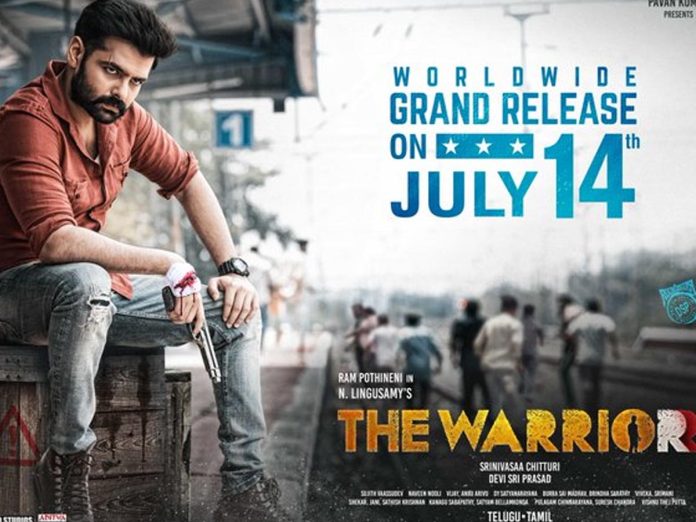 Energetic Star Ram Pothineni and director Lingusamy’s The Warriorr is all set to hit the box office on 14th July 2022 in the monsoon season. The team confirmed the release date of the movie with powerful poster of Ram Pothineni.

In the poster, Ram Pothineni is in furious mode sitting in a railway station where the goons have been running to save their lives. In The Warriorr, Ram is playing cop, which is a first for him. And there are reports that Ram’s role has two dimensions.