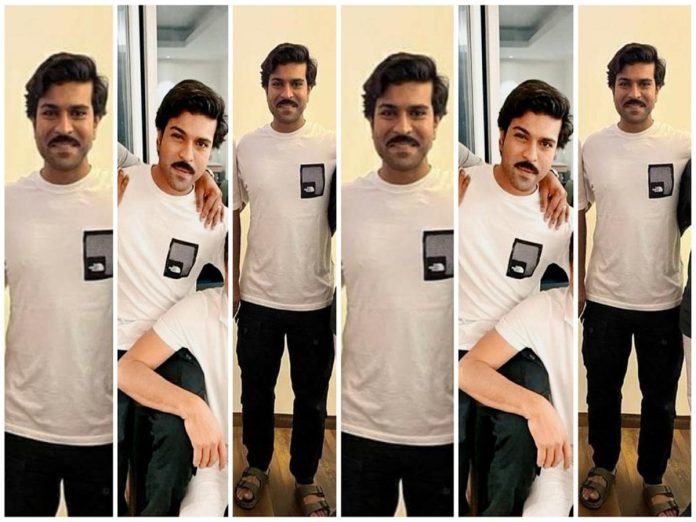 Mega Powerstar Ram Charan has reached Rajahmundry for RC 15 and started shooting too. Creative Genius Shankar has been filming some key scenes amidst a huge real crowd.

The RC 15 team has warned fans and enthusiasts not to share any pics and videos of Ram Charan and the others from the shooting spot. Despite restrictions and warnings, a pic of Mr C was leaked on social media. He was dashing in this new look. He is completely different from RRR to RC 15 with a new hairstyle and a mustache. He also looked slim and fit.  Compared to RRR, he was lean in RC 15.

This leaked pic hints at the dual role of Cherry in the movie. Truth over Charan’ dual role will be known soon. Also features Srikanth, Anjali, Sunil, and Kiara Advani, music is composed by SS Thaman, produced by Dil Raju, written and directed by Shankar.