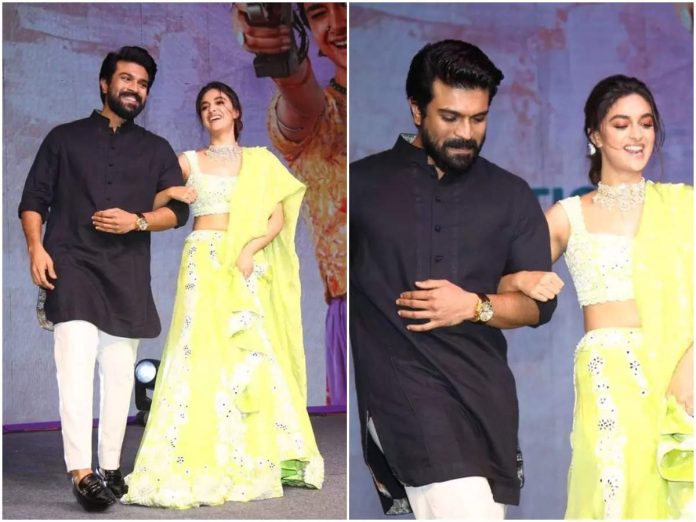 Sometimes, off-screen chemistry between actors can be as satisfying as their on-screen chemistry. On Wednesday, it was one such instance. Ram Charan, who attended the pre-release event of ‘Good Luck Sakhi’, broke into the ‘Naatu Naatu’ step with Keerthy Suresh.

‘Naatu Naatu’, which is the most popular song from ‘Roudram Ranam Rudhiram’, is composed by Keeravani. The dance move has been repeated by several Instagram users so far. It was a sight to behold when the Mega Power Star and ‘Mahanati’ actress tried the move.

‘Good Luck Sakhi’, Charan said, is a meaningful movie. Directed by Nagesh Kukunoor, it will hit the cinemas on January 28. Starring also Jagapathi Babu, Adhi Pinisetty and Rahul Ramakrishna, its music is by Devi Sri Prasad.