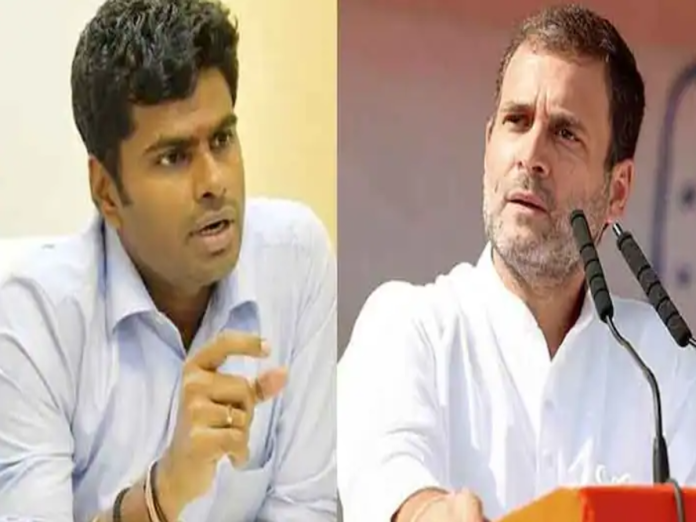 The other day, giving his speech in Parliament, senior Congress leader Rahul Gandhi said that BJP will never be able to rule over Tamil Nadu. The line has been widely analyzed by commentators and Netizens.

Netizens are of the view that the Wayanad MP made the remark because he is spooked by the rise of K Annamalai, the BJP leader from Tamil Nadu. “Don’t know why Rahul Gandhi spoke of ‘BJP never winning’ Tamil Nadu as if an election was around the corner, but it may have something to do with Puducherry and the soaring name of Annamalai who has swung back at Gandhi in a glorious way,” wrote journalist Shubhangi Sharma.

Gandhi saying that BJP can never win the hearts of Tamilians is not factual, BJP supporters are saying. The saffron party has been in power in Puducherry, which is a Tamil state, they are pointing out.