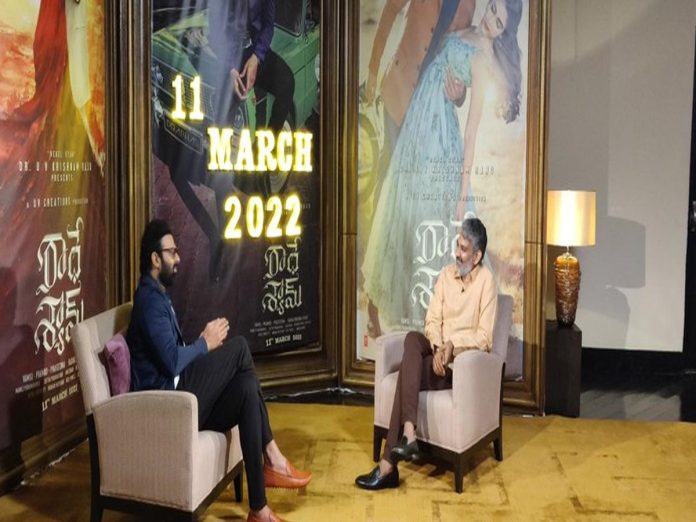 Maverick director Rajamouli and Rebel Star Prabhas share a great bond. Prabhas has a special place for Rajamouli in his heart who has made him a Superstar and pan India star with the Baahubali series.

The Baahubali director has a significant role in shaping up Prabhas’ career. Prabhas’ first biggest hit was Chatrapathi. Later, Baahubali. They both share a great camaraderie. The director Rajamouli who lent his voice for Radhe Shyam has now been interviewing Prabhas.

At Present, the shooting of this special interview is going on. Radhe Shyam advance bookings are on a great note. The film will be the biggest release for Prabhas in his career.