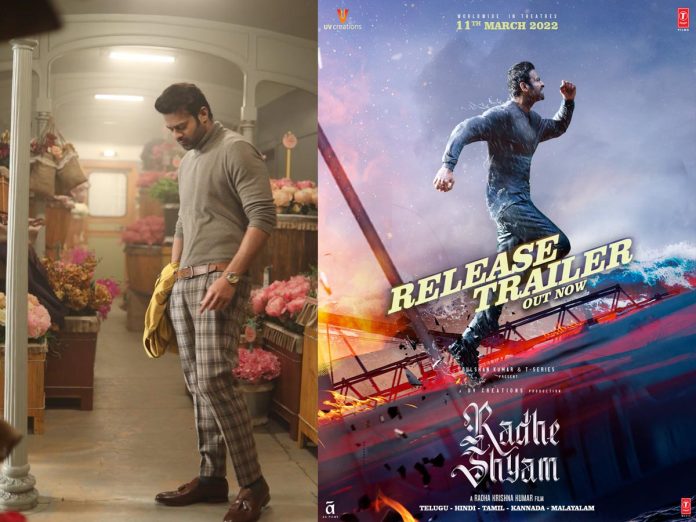 The first trailer of Bheemla was unable to meet the expectations of Pawan fans. Later, they released the new trailer which gained the attention of everyone. Now, Radhe Shyam team has followed the same strategy.

The release trailer of Radhe Shyam has wrapped with key elements of the movie. This new trailer has become successful in drawing the attention of movie lovers and fans. In the movie, the ship episode has a lot of significance in the movie and it will be the major highlight. This trailer unfolds more about Vikramaditya.

The songs of Radhe Shyam are soulful. Amid huge expectations, Radhe Shyam will release in multiple languages on 11th March 2022. Let’s wait and see, ” What war Vikramaditya waged to win his love?”