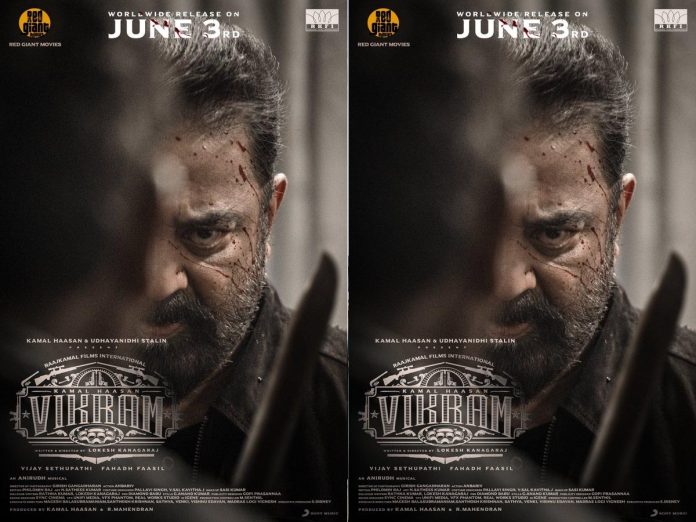 One of the top distributors of Tamil Nadu, Red Giant movies which was owned by Udhayanidhi Stalin has acquired the distribution rights of Legend Kamal Haasan and director Lokesh Kanagaraj’s Vikram. Earlier, it released Prabhas’s Radhe Shyam in Tamil Nadu.

The shooting of Vikram has been completed and its post production is almost nearing completion.  In Vikram, the director Lokesh Kanagaraj brought Fahadh Faasil and Vijay Setupathi together. It was a  treat to fans to watch the trio Kamal, Fahadh, and Sethupathi.

Vikram is produced by Raaj Kamal Films International and music is composed by Anirudh Ravichander. The film will be released in Telugu and Tamil on 3rd June 2022.