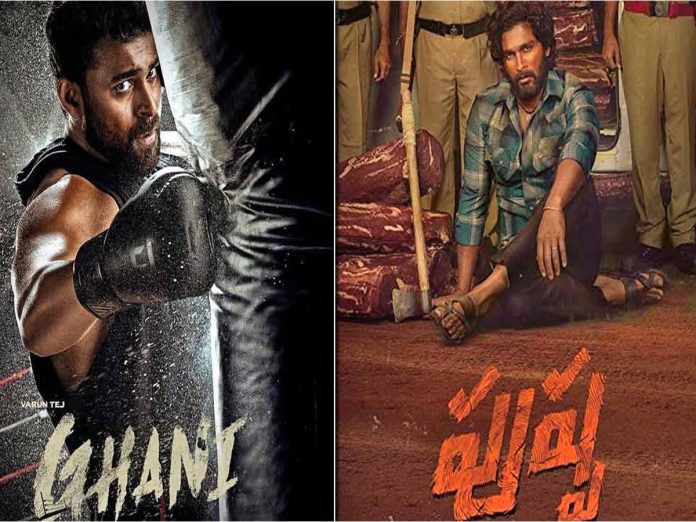 Mega Prince Varun Tej is ready as Ghani to pack punch at the box office on 8th April 2022. According to the latest reports, Pushparaj aka Allu Arjun has been gracing the pre-release event of Ghani as the chief guest to extend his support and best wishes.

With his sheer talent and dedication, Allu Arjun emerged as the pan India star with Pushpa. And his presence is a big boost for Ghani team. Besides, Allu Arjun’s brother Allu Bobby is one of the producers of this boxing flick.

The pre-release event of Ghani is likely to be held on 2nd April in Visakhapatnam. Starring Varun Tej, Saiee Manjrekar, Suniel Shetty, Jagapathi Babu, Nadhiya, and Upendra, music is composed by Thaman, produced by Sidhu Mudda and Allu Bobby, written and directed by Kiran Korrapati.