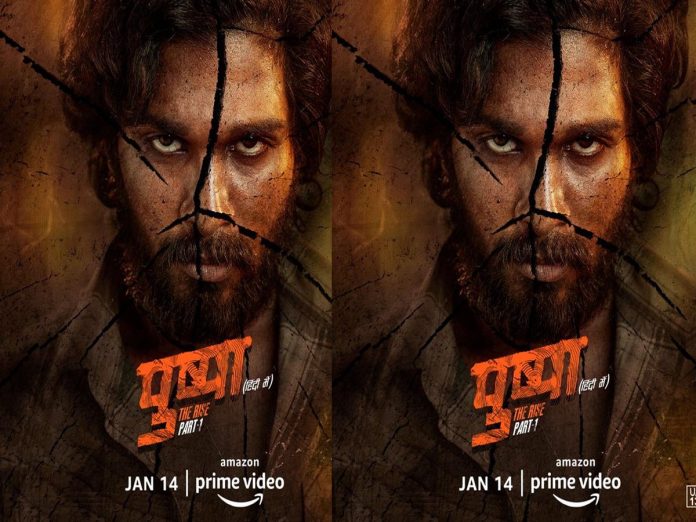 While the rise of Pushpa has been continuing at one end, it was released on Amazon Prime in Telugu, Tamil, Malayalam, and Kannada. Due to the Pushpa rampage at the Bollywood box office, it would be released a week later in Hindi.

Pushpa Hindi version will be released on OTT on 14th January 2022. Regarding this, an official announcement was made. In Hindi, Pushpa became the only race at the box office and it has surpassed the 80cr mark.

As stated by Bollywood trade analysts, this film could touch the 100cr mark before it ends its final run. Icon Star Allu Arjun has been receiving applauds across the nation from big names like Karan Johar, Khushbusundar, Former Indian Cricketer Hemang Badani etc.,

And no need to wonder if Allu Arjun made a Bollywood debut soon.