Pushpa is all set for world television premiere tomorrow 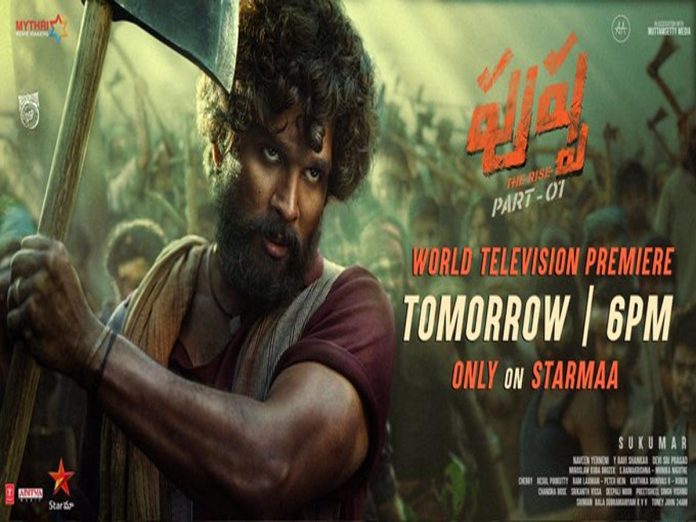 After reigning the big screens all over the world in multiple languages, Pushpa is all set to lit the television screens on fire. Tomorrow, Pushpa world premiere is on Star Maa at 6 PM.

Icon Star Allu Arjun’s Pushpa became a huge hit in all languages. Especially, it created a sensation in Bollywood. It collected over 100cr without any promotions. On OTT also, it created a record.

This film has collected over 250cr worldwide gross including all languages. Its songs, dialogues have created euphoria Up North. Its sequel shoot is likely to be started by the end of March or in the first week of April 2022.