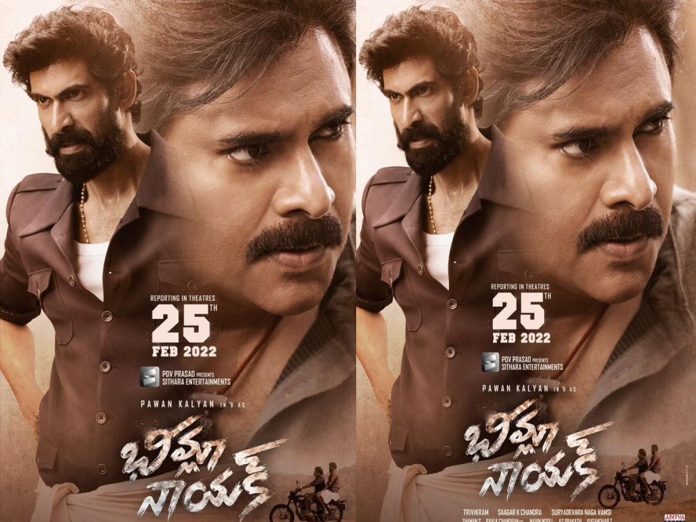 While the overseas bookings of Bheemla Nayak have been going on at one end, on the other hand, a section has started speculating that this explosive action entertainer has been postponed again. To strengthen these speculations, films like Aadavallu Meeku Joharlu, and Ghani movies haven’t pushed back their release dates.

The daring and dashing producer Naga Vamsi confirmed again that Bheemla Nayak will be released on 25th February without fail. And also assured the box office destruction. Already, bookings have started on a massive note in  overseas.

Today, the entire shooting of Bheemla Nayak is completed. Soon, the team will officially reveal the trailer and pre-release event dates of the movie.