‘Power of Ghani’ packs a punch! 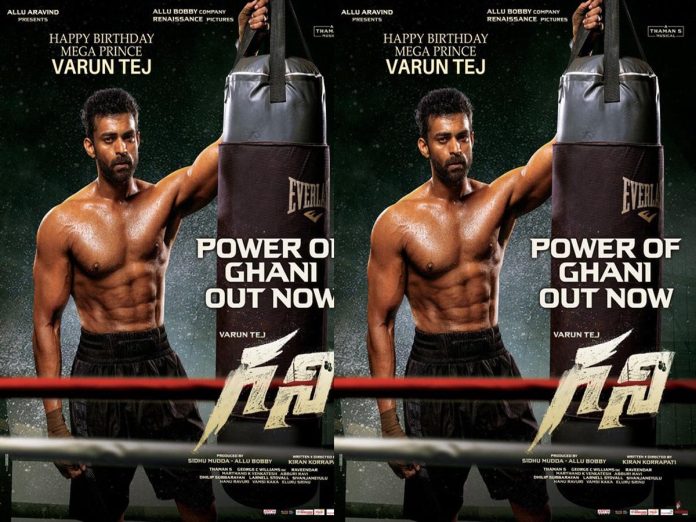 ‘Power of Ghani’ is the title of a special birthday video released by the makers of ‘Ghani’ on Wednesday. For the unversed, Varun Tej has turned a year older today.

In ‘Ghani’, the actor is a boxer. In the video, the ‘Antariksham’ and ‘Mister’ star is seen getting combative as he approaches the boxing ring. Director Kiran Korrapati is debuting with the movie.

The buzz is that the sports action drama might release in February in a surprise of sorts if everything goes well. Otherwise, it might pick March. The film was postponed twice last year.