Post pandemic, RRR is the second film to achieve that feat 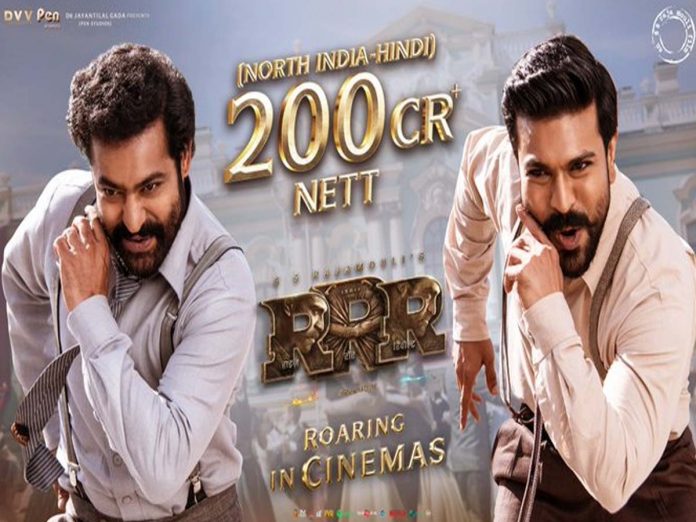 The film has achieved a milestone in Hindi by surpassing 200cr in just 13 days. It collected a total of 203.59cr at the Bollywood box office which was the second film to achieve this post pandemic. Earlier, The Kashmir Files did it.

In Nizam, it collected 100cr share by beating Baahubali 2 (68cr) by fifty percent margin. In Hindi, RRR is the second biggest dubbed film after Baahubali 2, which collected 511cr. It has clear ground at the box office as there were no big releases from Bollywood this week.