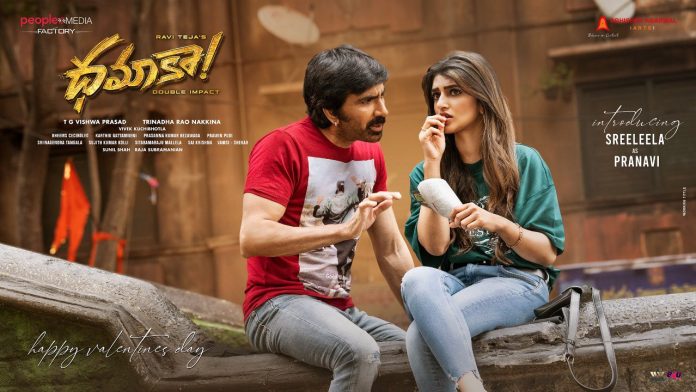 ‘Dhamaka’ has Trinadha Rao Nakkina wielding the megaphone. Starring Ravi Teja in the lead, the film has Sreeleela as one of the female leads.

The V-Day poster released by the producers, the ‘Khiladi’ actor and the ‘Pelli SandaD’ beauty are seen together. Pavani is the name of the heroine.

The film, which will hit the cinemas later this year, has music by Bheems Ceciroleo.

Meanwhile, ‘Khiladi’ has entered the fourth day at the box office. The first weekend collections were not up to the mark. Ravi Teja may just have added another flop to his account.