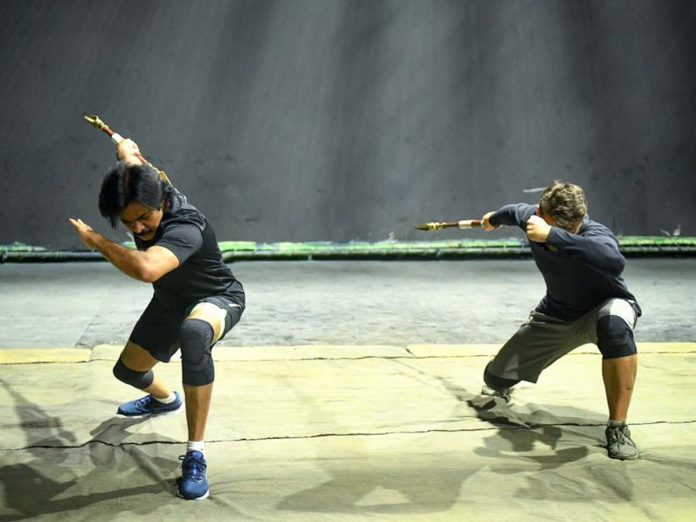 Powerstar Pawan Kalyan has been surprising everyone with his commitment and passion towards fans and people. At one end, he has been fighting for the people and on the other hand, he has been doing films for his fans. And again, whichever he has earned through films was contributing for the welfare of people.

It was not easy to work 24X7 but Pawan Kalyan was doing it with little sleep. Coming to the main point, Powerstar has been not stepping back to entertain his fans. He has been rehearsing hard for director Krish Jagarlamudi’s epic action adventure Hari Hara Veera Mallu. He has been training with a spear under the Bulgarian stunt coordinator Todor Lazarov.

As per the reports, Pawan Kalyan who loved the story of Krish has been intended to do anything for the movie. The shooting of this film will be started with a power-packed action episode on 8th April 2022.

The film is produced by AM Rathnam, music is composed by MM Keeravani, written and directed by Krish Jagarlamudi.