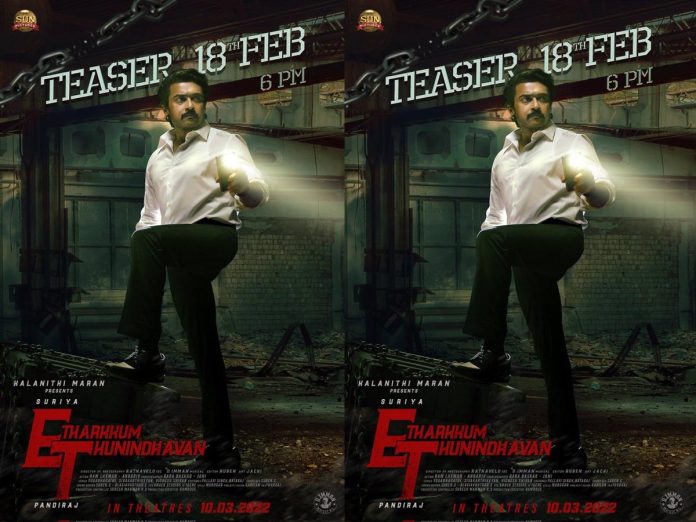 Suriya and director Pandiraj’s action thriller ET(Etharkkum Thunindhavan) is all set for the grand release across the globe on 10th March 2022 in multiple languages. After the chartbuster songs, it’s time for the teaser of ET.

ET teaser is scheduled for the grand release on 18th February 2022 at 6 PM. The director Pandiraj has said to be blending action elements with the current burning issue in ET.