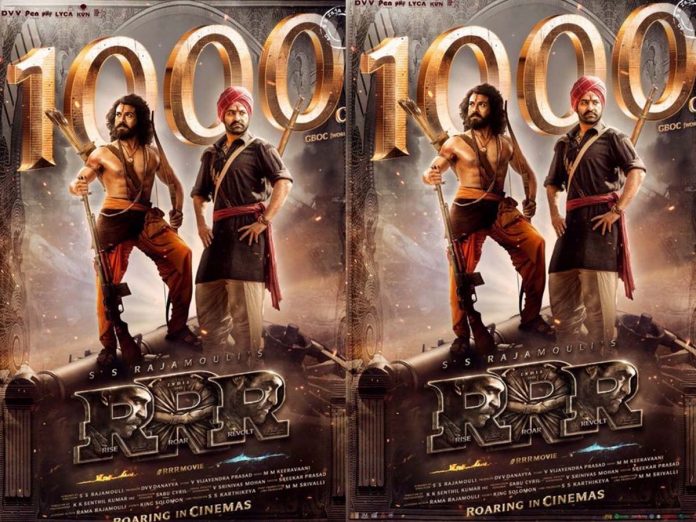 India’s biggest multistarrer RRR has finally joined the elite 1000cr club. The film has been performing brilliantly across the globe. Yesterday, the film surpassed 100cr share in overseas.

RRR was still continuing its tremendous run across the world. In Particular, it was minting good numbers on weekends.  In Hindi, it collected 7.50cr on Saturday with a total of 221.09 cr and it is expected to touch 230cr by today.