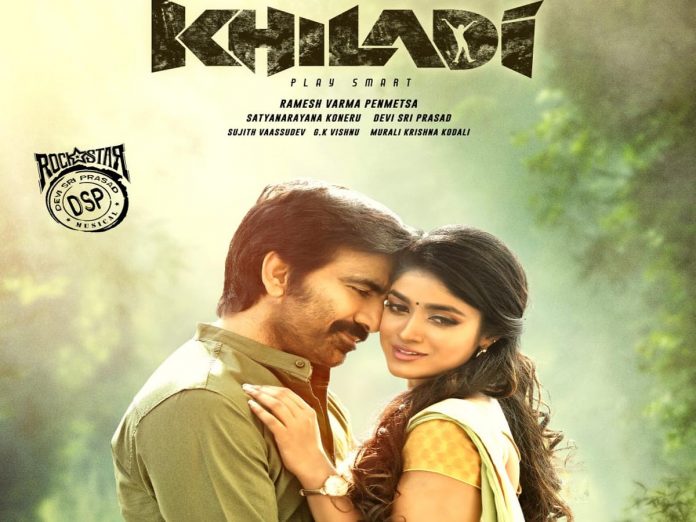 With the hope given by Allu Arjun’ Pushpa The Rise, Mass Maharaja Ravi Teja’ Khiladi is being dubbed and released in Hindi simultaneously. Pen Studios which was part of Khiladi right from the production would release this action thriller in Hindi.

The team has officially confirmed that Khiladi is releasing in Hindi on 11th February 2022. It is the biggest release for Ravi Teja in his career. Today, the final song Catch Me will be released at 5:04 PM and soon, the Khiladi trailer will be released too.

In Khiladi, Ravi Teja will be seen in double roles and the action has a lot of scope. Also starring Meenakshi Chaudhary, Mukesh Rushi, Murali Sharma, Anasuya, Dimple Hayati and Arjun, music is composed by DSP, produced by Satyanarayana Koneru, presented by Pen Studios, written and directed by Ramesh Varma.