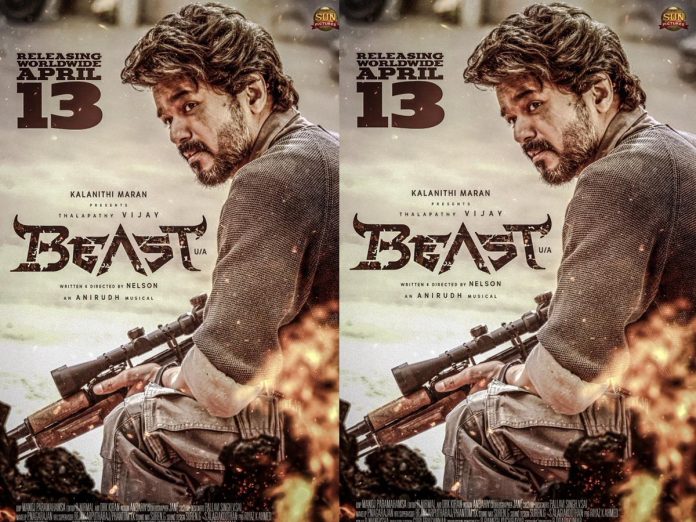 Finally, Sun Pictures confirmed the release date of Thalapathy Vijay and director Nelson Dhilip Kumar’s Beast. Earlier there were a lot of speculations over Beast release date as the movie will be released in the first week of April. And there were rumours too that Beast will clash with KGF 2.

Yes, Beast is all set for the grand release all over the world on 13th April 2022. This time, it is going to be Beast vs KGF 2. According to the trade analysts, it is a bold attempt by Beast team to clash with the most awaited movie in India, KGF Chapter 2.

Coming to Beast, so far two songs have been released and are conquering the global music charts.  The expectations on Beast are skyhigh in Tamil Nadu.