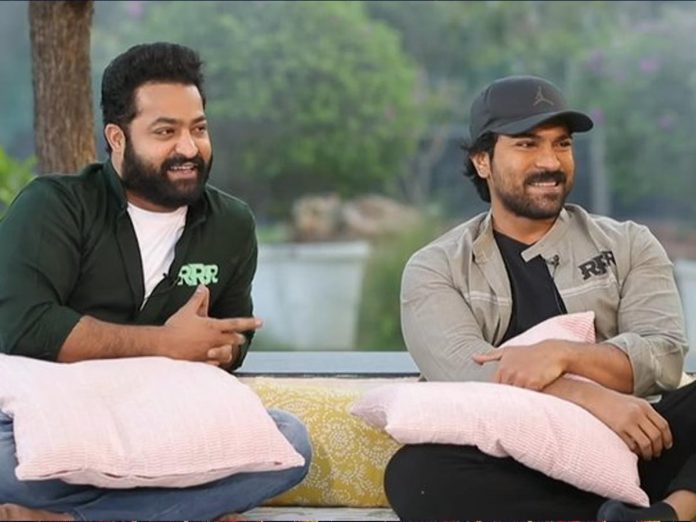 Both NTR and Ram Charan were busy in promotions of RRR round the clock along with director Rajamouli. For the first time, they did a special chit chat with Legendary music director MM Keeravani in absence of Rajamouli.

This chitchat has been different from all promotional interviews. In this interview, MM Keeravani asked Tarak and Charan the songs which they didn’t like from his work. NTR revealed that he didn’t like ‘Bheemavaram Bulloda’ song from MM Kreem’s work.

On the other hand, Ram Charan said he didn’t like Keeravani’s work in a recent released small film. Mr C didn’t recollect that movie’s name. Then Tarak revealed the secret that Charan didn’t remember names. And he will only get first and last letter of the name and call with a new name.

Regarding this, Tarak narrated their scuba dive instructor Sumair’s incident. How Charan called one day Sumair as Sameer and the other day as Sumit. And it’s not a serious problem. In Sooryavanshi, Akshay Kumar will suffer with the same problem.