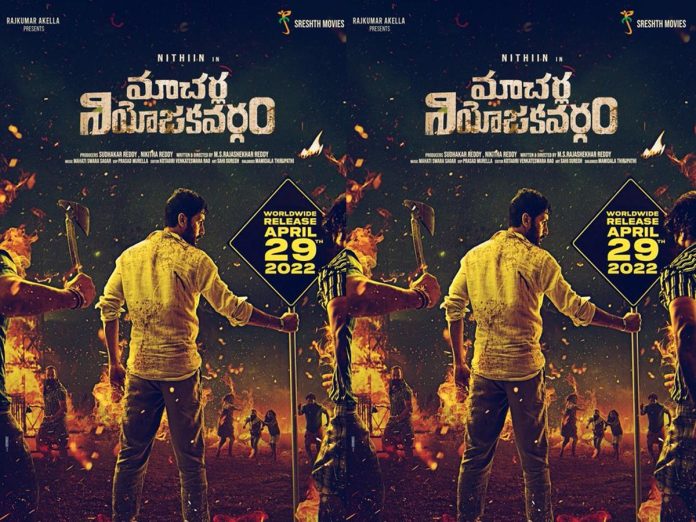 After a long time, Tollywood Handsome Hunk Nithiin is doing an intense and powerful role in the action family entertainer Macherla Niyojagakavargam. With this film, Nithiin is keen to attain mass image.

The shooting of the movie is almost nearing completion. The teaser of the movie will be released on 30th March 2022. In this movie, Nithiin will be seen as a student leader and a district collector.

Macherla Niyojakavargam will be released on 29th April 2022 and it may change.