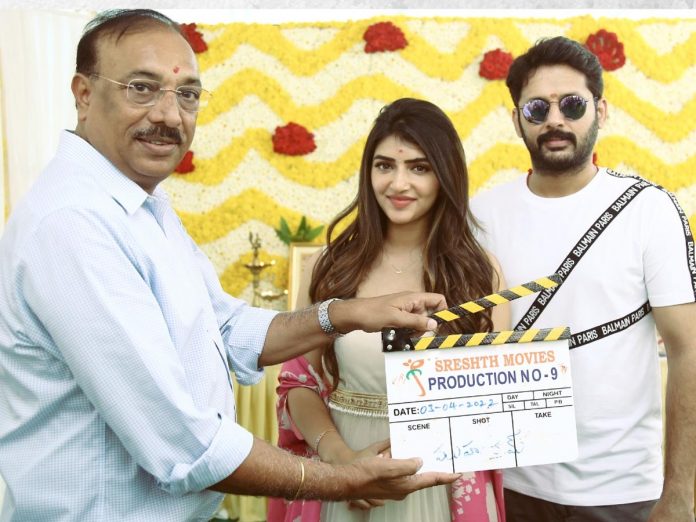 Tollywood Handsome Hunk Nithiin’s new movie with director Vakkantham Vamsi has started with a grand pooja ceremony. For this event, the principal cast and crew of the movie are present.

In Nithiin 32, the latest happening beauty SreeLeela is the female lead. Already, she is working with Ravi Teja in Dhamaka. With this film, music director Harris Jayaraj has been making his re-entry into Tollywood. Harris Jayaraj was popular in Tollywood with Ram Charan’s Orange movie.

Nithiin tweeted that this film was very special to him. It was director Vamsi’ second film after Allu Arjun’s Naa Peru Surya. This film is produced by Sreshth Movies.

On the other hand, promotions for Nithiin’s intense mass film Macherla Niyojakavargam has started and it is scheduled for the grand release on 8th July 2022.