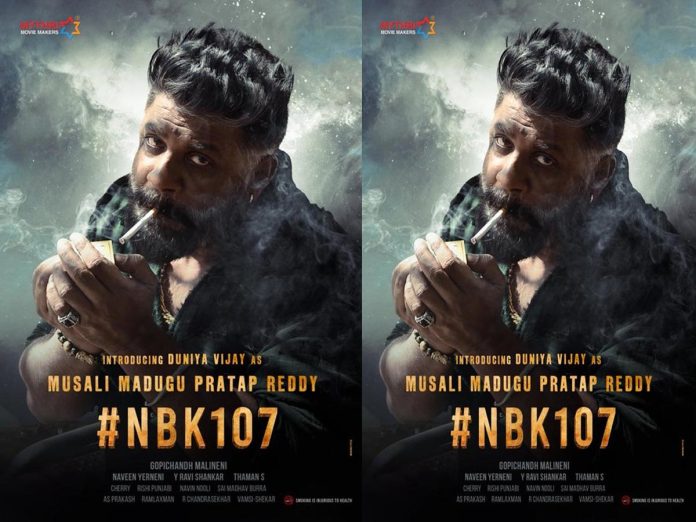 It was known that Kannada Star Duniya Vijay was playing the antagonist in NBK 107. Recently, he joined the shooting of NBK 107 in Hyderabad. Today, the director Gopichand Malineni has revealed the first look of Duniya Vijay.

He is deadly in NBK 107. Duniya Vijay is playing the role of Musali Madugu Pratap Reddy. Earlier, Nandamuri Balakrishna’s first look was revealed and it got great applause. And now, Duniya Vijay’s first look also became successful in amplifying the expectations.

At Present, the shooting of NBK 107 is going on in Hyderabad. The Krack director has been filming some key scenes on the lead cast. NBK 107 also features Shruti Haasan and Varu Sarath Kumar, music is composed by SS Thaman, produced by Mythri Movie Makers, written and directed by Gopichand Malineni.