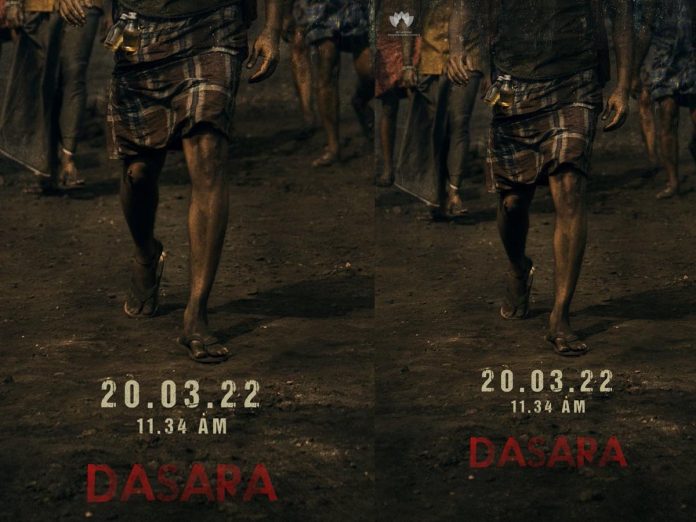 Another delightful news for Natural Star Nani fans. The first look and the glimpse of the most awaited film of Nani’s Dasari will be out tomorrow at 11:34 AM. The team Dasara announced the date by revealing the pre-look.

In the pre-look, Nani will be seen in a checked lungi and wearing rubber chappals. His legs were covered with the black dust. The shooting of this film has started recently. In Dasara, Nani will utter Telangana dialect.

Keerthy Suresh is the female lead, music is composed by Santosh Narayanan, produced by Sudhakar Cherukuri under the banner SLV Cinemas, written and directed by Srikanth Odela.