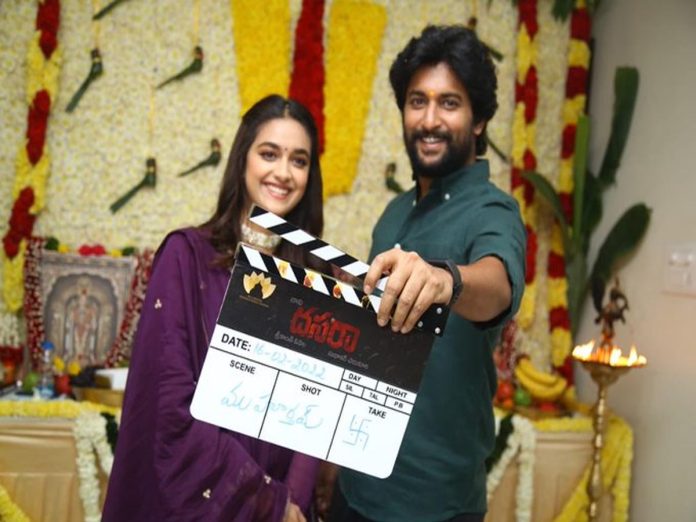 Natural Star Nani has ended up 2021 on a grand success with Shyam Singha Roy. Nani, who has been lined up with exciting projects, has been starting one after another.

In January, Nani concluded the shooting of Ante Sundariniki. Now, his latest flick Dasara has started today with a traditional pooja ceremony. Already, Nani’s first look was revealed last year on the eve of Vijaya Dasami.

In this rural mass entertainer, Nani will utter the Telangana dialect. Keerthy Suresh is the female lead, which is her second film with Nani after Nenu Local.