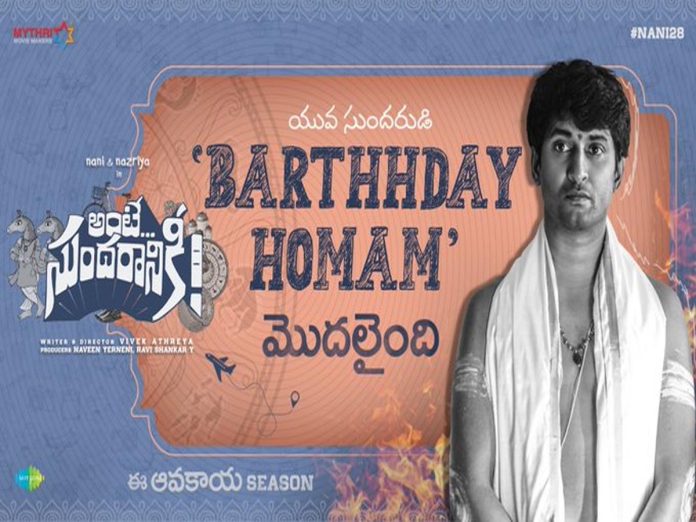 The video promo unveiled the hardships faced by Nani in the name of homams’ to evade dangers in his life. This video promo assures another refreshing entertainment for the Natural Star. In Ante Sundaraniki, Nani is playing the role of a Brahmin and his body language and diction are going to be the highlights of the movie.

Nazriya is the female lead, which marks her Tollywood debut, music is composed by Vivek Sagar, produced by Mythri Movie Makers, written and directed by Vivek Athreya.