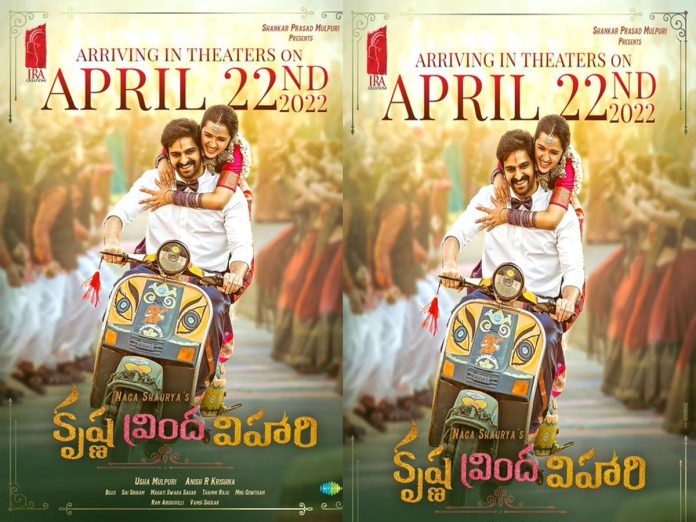 Tollywood Handsome Hunk Naga Shaurya has been trying his best to entertain movie lovers with different stories. But sadly none of his attempts turned out to be fruitful. He did a lot of hard work for his Lakshya. But it was also unsuccessful.

Now, he is coming as Krishna Vrindha Vihari with a refreshing comedy family entertainer. Today, the team has confirmed its release date with a new poster where the lead actors Naga Shaurya and Shirley Setia going on a scooter ride in a traditional attire.

Krishna Vrinda Vihari is confirmed for the grand release on 22nd April 2022. In this film, Naga Shaurya has played a different role which he didn’t done earlier. Vennela Kishore, Rahul Ramakrishna, and Satya in other pivotal roles, music is composed by Mahati Swara Sagar, produced by Ira Creations, written and directed by Anish R Krishna.