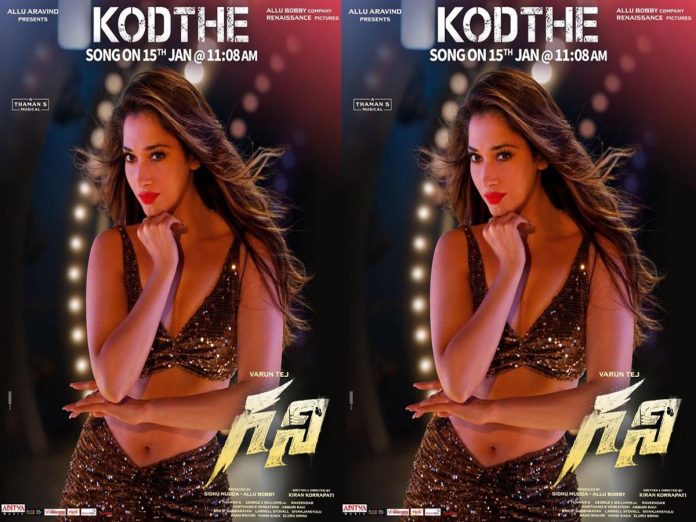 Milky beauty Tamannaah is not turning down any offer that comes to her, whether it is a special song or a film with a young hero. She has been keeping herself busy signing multiple projects.

While Tamannaah is doing big projects like Bholaa Shankar and F3, she has been doing films like Gurthunda Seethakalam with young and upcoming heroes like Satyadev. Besides, she is doing item songs. Now, she is doing an item song ‘Kodte’ in Varun Tej’s Ghani movie.

This song will be released on 15th January 2022 at 11:08 AM. Ghani movie was postponed several times due to Covid.  Ghani features Varun Tej, Saiee Manjrekar, Suneil Shetty, Upendra, Naveen Chandra, and Jagapathi Babu in lead roles, music is composed by SS Thaman, produced by Allu Bobby in association with Sidhu Mudda, written and directed by Kiran Korrapati.