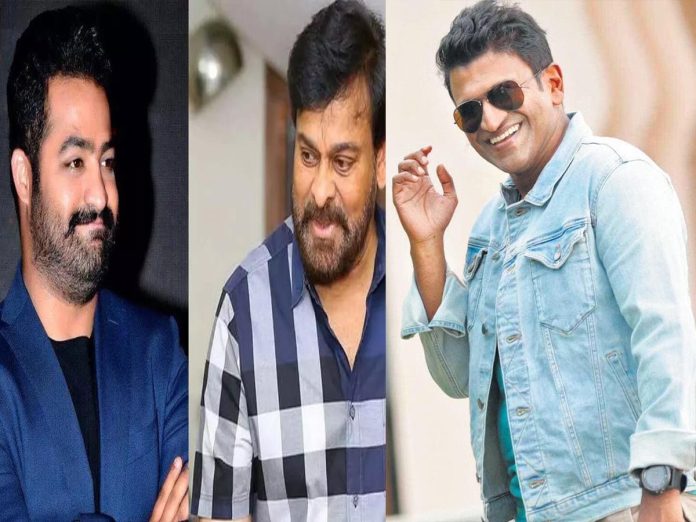 One of the most loved Superstar of South Cinema, Puneeth Rajkumar left to the eternal world last year. His last film, James was all set for the grand release on 17th March 2022, which was the actor’s birthday.

Already, Karnataka distributors announced that the entire state will run James movie in all theatres for a week to honour the Late Puneeth Rajkumar on the eve of Powerstar’s birthday. Now, there has been exciting speculation doing rounds that both Megastar Chiranjeevi and NTR Jr would attend as Chief Guests for James movie pre-release event. Regarding this, an official announcement is awaited.

Both Mega and Nandamuri families share a great bondage. During RRR press meet in Bengaluru, NTR said that he won’t sing a song in Kannada. The first and last song was for only Puneeth Rajkumar. Tarak sung Geleya for Puneet in Chakravyuha movie.