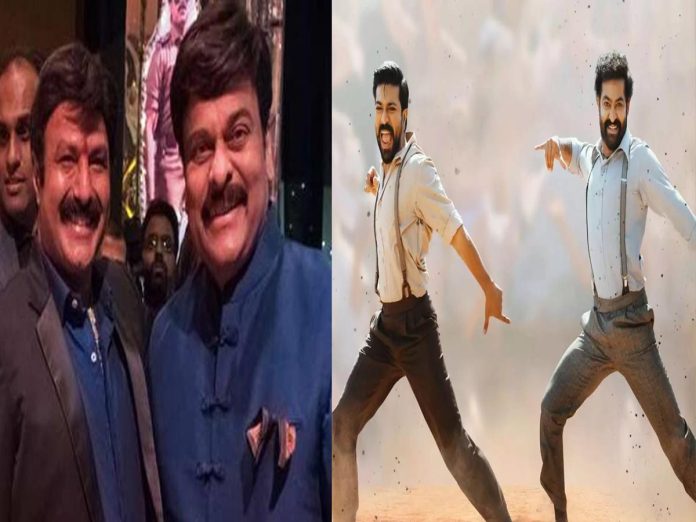 The RRR team has been chalking out plans for the movie promotions. Except for Telugu and Kannada pre-release events, RRR team concluded for all other major languages Tamil, Malayalam, and Hindi.

According to the latest reports, a massive pre-release event is scheduled on 20th March in Karnataka. For this event, both Legends Megastar Chiranjeevi, Nandamuri Balakrishna have been gracing as Chief Guests. Besides, Kannada Superstar Shiva Rajkumar will also attend the event.

The bondage between Shivanna and Mega-Nandamuri families is incredible. Soon, the RRR team will make an official announcement regarding this. RRR is scheduled for the grand release on 25th March 2022.