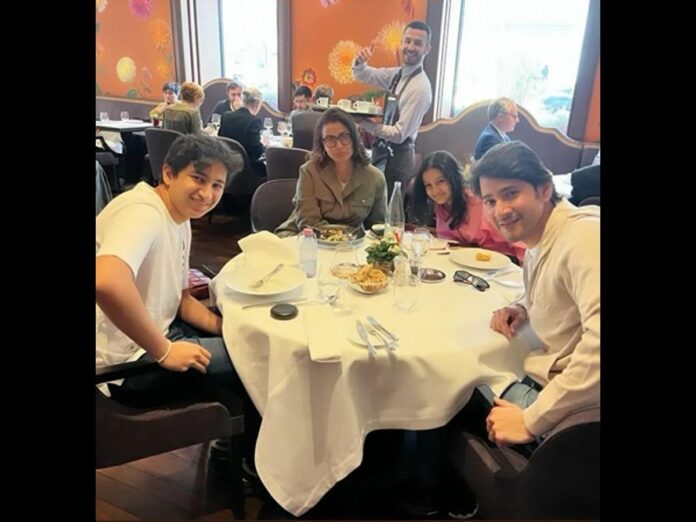 Superstar Mahesh Babu is known for his work-life balancing act. He loves to take trips from time to time with his family away from the busy shoots. He tries to keep himself stress free with these trips and he has a habit of going out with family just before the release of the film.

Currently, fans of Mahesh Babu are waiting for him to start Sarkaaru Vaari Paata promotions but until he returns from the vacation team cannot plan any events that includes him. So, the team might plan small teasers in this week to keep the buzz going and when Mahesh Babu returns, they might announce the grand pre-release event date and place.

Recently, team released theatrical trailer and it is going viral on YouTube. Movie is scheduled for 12th May release. Parasuram Petla directed the film and SS Thaman composed music for the same.