Macherla Niyojakavargam first look is out, Nithiin is acute 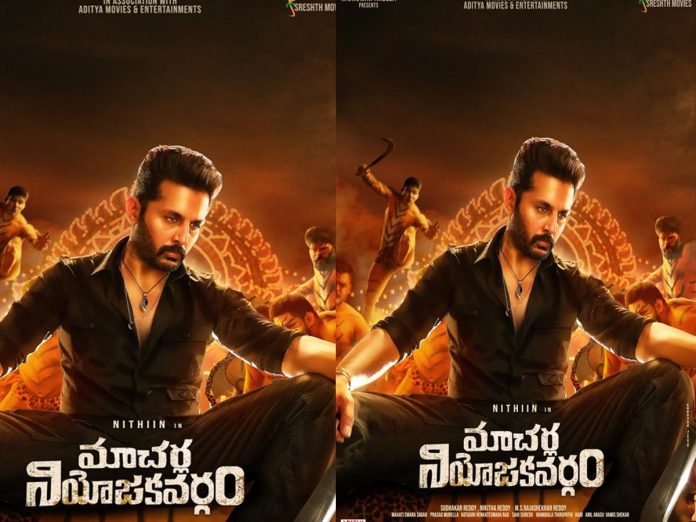 Tollywood Handsome Hunk Nithiin’s first look from Macherla Niyojakavargam is out. After a long time, Nithiin was doing a mass film. In the first look, Nithiin is acute. He sports a macho look with moustache and levelled beard.

Probably, it is the first time that Nithiin is seen with a suave handle bar moustache. As said above, the Ishq actor in intense and acute. The shooting of the film is almost completed. The first look poster was from key action episode in the movie Macherla Niyojakavargam that set up under the Carnival backdrop.

In the movie, Nithiin is playing the IAS officer, Krithi Shetty is the female lead, music is composed by Mahati Swara Sagar, produced by Sresht Movies, written and directed by MS Rajashekar Reddy.