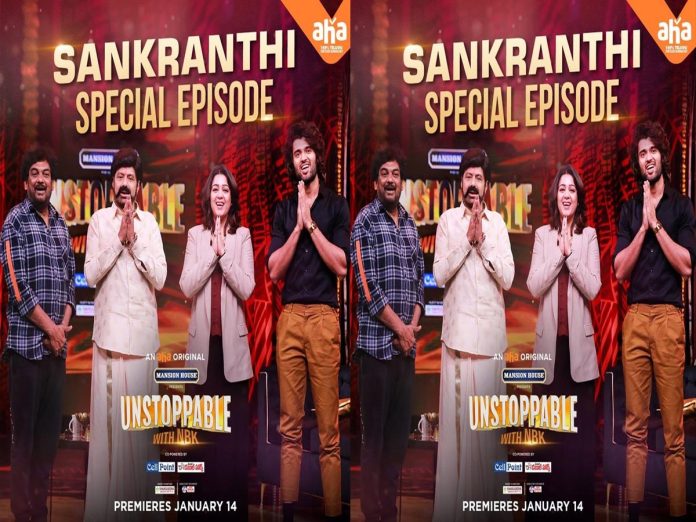 On the eve of Sankranthi, the team of Liger Vijay Deverakonda, director Puri Jagan, and Charmme Kaur are ready to give unstoppable entertainment with NBK. They have completed the shoot for the unstoppable episode recently.

This episode will be streamed on Aha on 14th January 2022. The Aha team has confirmed it by releasing a wonderful poster. So far eight episodes have been released. Out of eight, Brahmanandam-Anil Ravipudi, Ravi Teja-Gopichand Malineni and the recent Rana’s episode were the most favourites of Telugu people.

Currently, Rana’s unstoppable episode is streaming on Aha Video. As per the reports, the first season of Unstoppable With NBK will be concluded with Superstar Mahesh’s episode.