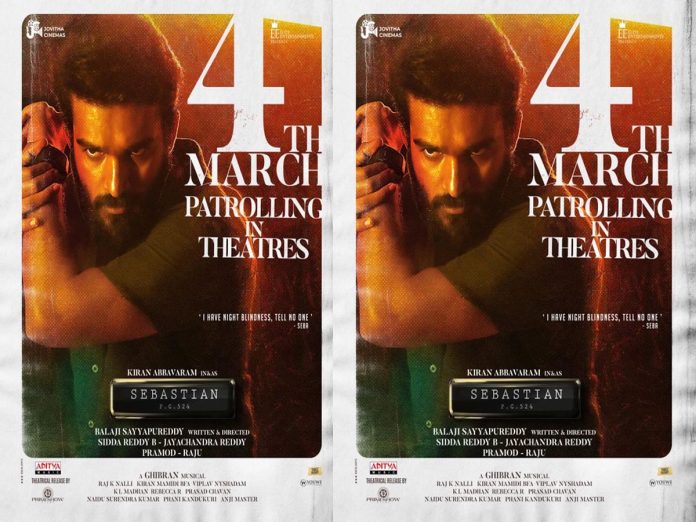 Kiran Abbavaram’s ‘Sebastian PC 524’ has been postponed. The film will hit the cinemas on March 4, clashing with ‘Ghani’ and ‘Aadavaalu Meeku Johaarlu’.

The thriller, directed by a newcomer, has Kiran romancing Nuveksha and Komalee Prasad. Ghibran has set the songs to tune.

Kiran is also gearing up for the release of ‘Sammathame’ soon. He is currently doing a film directed by Ramesh Kaduri, a protege of Gopichand Malineni. Produced by Clap Entertainment and presented by Mythri Movie Makers, which is the most-happening Tollywood banner, the film is a commercial entertainer.