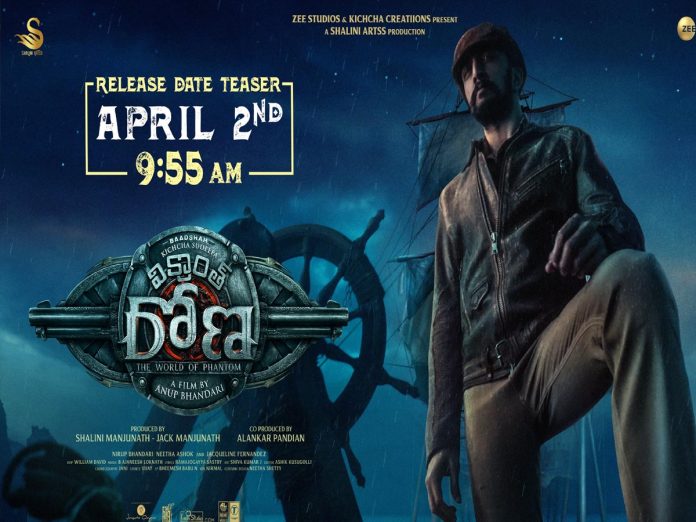 Kannada Superstar Kiccha Sudeep’s pan India movie Vikrant Rona is one of the most awaited releases of 2022. This film’s release date also changed several times due to Covid.

The team Vikrant Rona has released the schedule for the movie promotions. As per the schedule, the team has confirmed that the teaser of the movie will be released on 2nd April at 9:55 AM, on the eve of Ugadi.